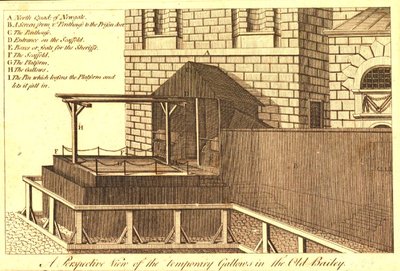 The "Capital Convictions at the Old Bailey 1760-1837" record set contains information relating to the trials, pardons and executions of the 8,009 men, women and (sometimes) children who were capitally convicted at the Old Bailey between 1760 and 1837. It forms a subset of the larger Capital Punishment and Pardon at the Old Bailey, 1730-1837 database created by Simon Devereaux, Associate Professor in History at the University of Victoria, which is available to view and search online.

Although the Old Bailey Proceedings provide a systematic record of the sentences that were imposed upon convicts, they provide little information on the extent to which those sentences were actually carried out. The Proceedings do contain regular reports of pardons from 1739 until 1796, and of executions from 1743 until 1792. But this information was not consistently reported, and in the majority of capital cases the Proceedings give no indication of the convict’s fate. 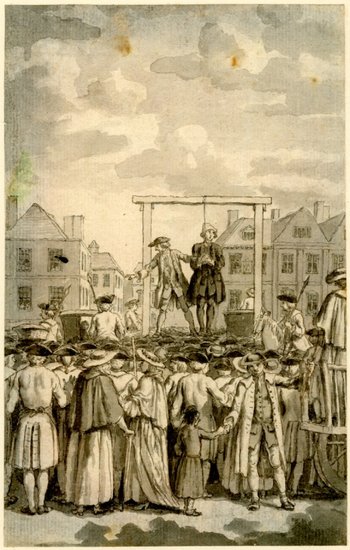 The "Capital Convictions at the Old Bailey 1760-1837" record set addresses this limitation of the Proceedings by providing details of the penal outcomes of the trials. It provides a record of every capital conviction from 1760 until 1837 including an indication of the officially-determined fate of the offenders.

Each record typically includes the name of the convict, their age, gender and the date of the last identifiable outcome in the case. Details of the trial include the date of the session, whether or not mercy was recommended by the jury (and if so, then on what grounds) and whether or not female convicts pleaded pregnancy. In cases where a capital convict was duly put to death, it identifies the date, the place and mode(s) of the execution, as well as any post-mortem punishments inflicted on the corpse (such as dissection or hanging in chains). Alternatively, in cases where a convict was pardoned, the record notes the date and the condition(s) of the pardon.

The record set has been compiled through Simon Devereaux’s systematic analysis of the records of execution and pardon in eighteenth- and nineteenth-century London, including the Old Bailey Proceedings, State Papers Domestic, England and Wales Criminal Registers 1791-1892, Home Office Criminal Entry Books 1782-1876, newspapers and periodicals.

Virtually all of the individuals listed in "Capital Convictions at the Old Bailey 1760-1847" will be found in the Old Bailey Proceedings 1740-1913: there are only 19 instances in which the trials of capital convicts were not reported in the Proceedings between 1760 and 1837 (Devereaux, 2016).

Capital convicts from the Old Bailey were held in Newgate following their convictions (as well as before trial), and should therefore also be found in the England and Wales Criminal Registers 1791-1892 (from 1791) and the Newgate Calendars of Prisoners 1782-1931 (from 1782).

Those capital convicts who were the subject of a pardoning petition and/or report might be found in the Petitions for Pardon 1797-1858 or Judges Reports on Criminals 1784-1827.

In many instances, the Recorder’s or judge’s report recommended that a capital convict be pardoned on condition of transportation or imprisonment, and such recommendations were usually subsequently formally ordered by the Home Secretary. Such orders were recorded in the Home Office Criminal Entry Books 1782-1876.

"Capital Convictions at the Old Bailey 1760-1837" provides basic details of the trials, pardons and executions of every offender convicted of a capital crime at the Old Bailey between 1760 and 1837. It is extremely useful for determining whether a capital convict was duly executed, or if granted a pardon, then upon what condition(s). It provides the most extensive and accurate accounting of execution and pardon at the Old Bailey available.

Although this provides an authoritative account of Old Bailey executions and the granting of pardons, it does not however provide evidence of the actual imposition of the non-capital conditions of such pardons (such as transportation or imprisonment). As such, in order to determine whether a condemned offender was duly transported or imprisoned as a condition of their pardon, other sources need to be consulted in conjunction with the "Capital Convictions at the Old Bailey 1760-1837" records. 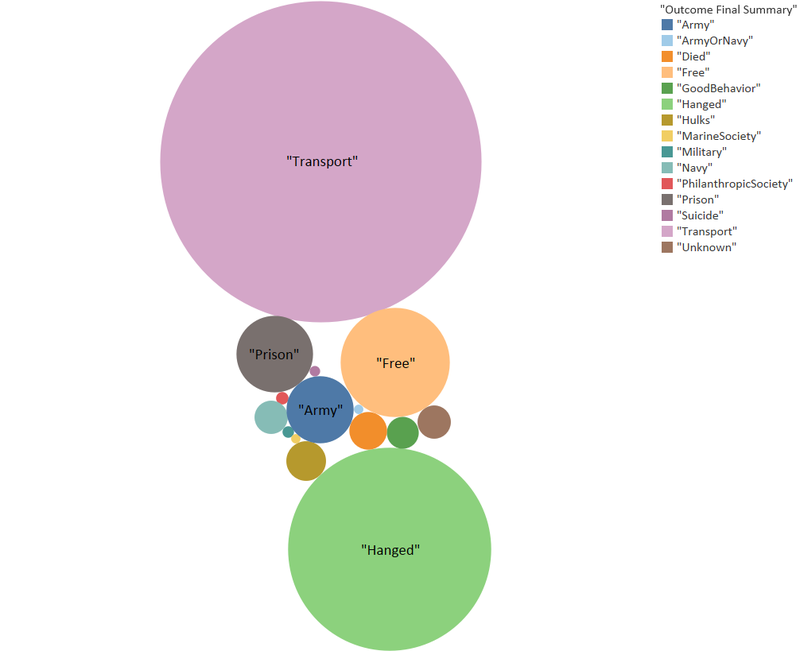 The "Capital Convictions at the Old Bailey 1760-1837" record set derives from Simon Devereaux’s larger Capital Punishment and Pardon at the Old Bailey, 1730-1837 database, and represents an amalgamation of information taken from a number of different sources, including the Old Bailey Proceedings 1740-1913, newspapers and central government records. We are extremely grateful to Professor Devereaux for kindly granting us permission to reproduce a subset of his database on this site.

The full online dataset not only includes all cases back to 1730, but it allows other types of information pertaining to capital cases to be searched, including the identity of the judge and any respites they issued (including for pregnancy); aspects of the Recorder's Report; requests for mercy by judges, juries, and prosecutors and the reasons for such pleas; and modes of execution and post-execution disposition of the corpse.