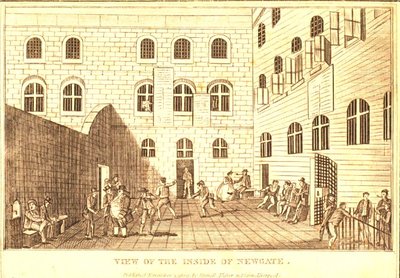 The England and Wales Criminal Registers included on this site contain lists of all the individuals who were charged with indictable offences and committed for trial in London from 1791 onwards. They give the place and date of trial, a brief note of the crime and the sentence of the court. The early registers for London and Middlesex also often contain extensive personal information about the accused and about post-sentencing outcomes.

Several efforts were made in the third quarter of the eighteenth century to keep registers of London's offenders. These initiatives resulted from concerns about crime and the perceived tendency for pardons to be granted to convicts of bad character. The famous magistrate Sir John Fielding appears to have kept a systematic register of offenders brought to his Bow Street office in the 1760s and 1770s. At the same time, the aldermen of the City of London ordered occasional lists to be drawn up of prisoners tried at the Old Bailey.

In September 1791, this practice was taken a step further, as the sheriffs of London and Middlesex began to keep a regular, annually-updated register of persons committed to Newgate prison for indictable offences. Only two years later, however, the City authorities decided they could no longer afford the costs of keeping the registers. At this point, in September 1793, the Home Office took over the keeping of the Criminal Register, to be compiled from weekly lists provided by the sheriffs of London and Middlesex. The Registers included all those committed for trial, whether at the sessions of the peace or at the Old Bailey, for the City of London, Middlesex and Westminster.

The Home Office particularly requested that the sheriffs should specify "against each name...whether such person hath before been in custody and on what occasion, and any other information which may lead to a knowledge of the general character of the offender which may have come to your knowledge". In 1797, the chief clerk of the Home Department stated that the purposes of the Register were: "to note each commitment and conviction, for the purpose of distinguishing between old and new offenders; to shew [sic] the increase or decrease of the several descriptions of felons; to make entry of all references to judges upon solicitations for pardon, and likewise the entry of all pardons" (both quoted in Devereaux, p. 285). 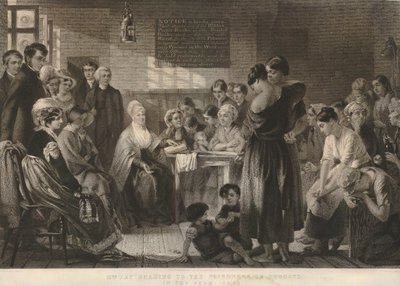 The early Criminal Registers for London and Middlesex in the 1790s regularly included personal information about the accused, such as age, place of birth, occupation and physical characteristics, including height, hair colour, eye colour and complexion. Moreover, information on post-sentencing outcomes is frequently provided in these early Registers. This could include the removal of convicts to prison hulks, details of transportation and notices of executions, deaths and discharges, as well as occasional comments about the character or behaviour of the accused.

In 1802, the amount of information recorded in the Registers about the personal details of the accused and about post-sentencing outcomes was significantly reduced. At roughly the same time, in 1805, similar Registers began to be kept for the rest of England and Wales, listing all those charged with indictable offences and committed for trial at borough sessions, quarter sessions or the assizes. Please note that the Registers for courts outside of London are not included on this site.

From the early nineteenth century, then, the Criminal Registers for London and Middlesex tended to be limited to the name of the accused, the place and date of the trial, the crime and the sentence of the court. From 1834 to 1848, the age and degree of literacy of the accused was also usually given.

The Criminal Registers were compiled at an early stage in the judicial process, when the accused were committed to prison following an examination in front of the magistrate, but before any trial had taken place. Because they include all those who were put on trial in London, the Registers should link to many other sets of records included in this website. In particular, those that detail such trials, in addition to the records detailing the punishments and later life courses of those who were convicted and sentenced to death, transportation or imprisonment at the Old Bailey.

Each prisoner tried at the Old Bailey was kept in Newgate Prison at least for the time immediately prior to their trial. Many of those listed in the Criminal Registers for London and Middlesex, therefore, can also be found in the Old Bailey Proceedings 1740-1913 and/or the Newgate Calendars of Prisoners 1782-1931.

Individuals who were charged with indictable crimes and committed for trial at the Middlesex Sessions of the Peace will also be traceable in the Middlesex House of Detention Calendars 1836-1889 tried at that court between 1836 and 1889, which provide further details about the offence and the accused.

It is also worthy of note that not everyone who was charged with an offence and committed for trial in London actually ended up before the courts, either at the sessions of the peace or the Old Bailey. In some instances the accused were removed for trial at a court outside of London, or were discharged without trial. In others, the accused died in prison whilst awaiting trial: such deaths may be found in the records of London prison deaths.

Convicts who were imprisoned in Britain may be found in the records of imprisonment included on this site.

Those convicts who were sentenced to death at the Old Bailey may be found in the records of Capital Convictions at the Old Bailey 1760-1837 and/or the Home Office Criminal Entry Books 1782-1876, Judges Reports on Criminals 1784-1827 and Petitions for Pardon 1797-1858 records.

The Criminal Registers included on this site provide basic details of virtually every individual committed for trial in London between 1791 and 1892. Each record gives at least a brief note of the name of the accused, the crime, the place and date of trial and the sentence. In many instances, particularly those covering the years 1805–1833, the Registers provide no more information than that. In such cases, the Registers give no more information than can be found in the records of trials at the Old Bailey or the sessions of the peace - essentially confirming the information in other sources, rather than adding to it.

The early Registers for the 1790s do however frequently contain extensive additional information about the accused, beyond that given in the Old Bailey Proceedings. Moreover, the early Registers often include information on post-sentencing outcomes, which can be extremely useful in linking the records to other sources and filling in gaps. 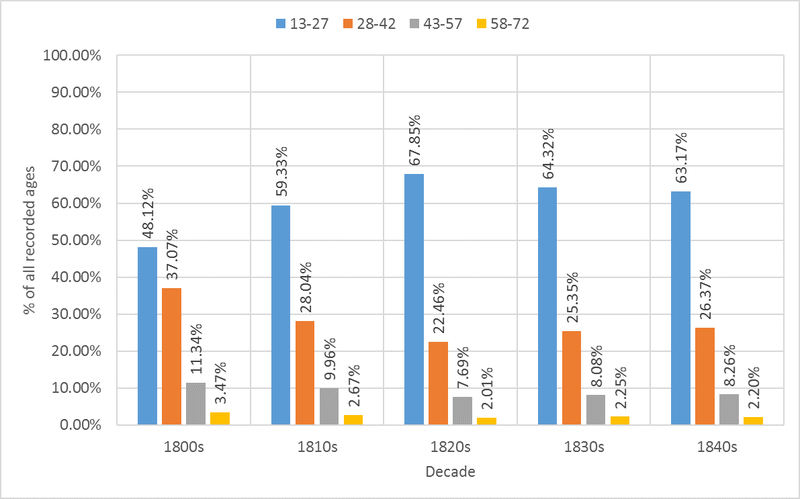 Copies of the original London and Middlesex Criminal Registers for the years 1791–1848 can be found at The National Archives, Kew (London), under catalogue Reference HO 26. Those for 1849 onwards, along with the Registers for the rest of England and Wales from 1805 onwards, are in HO 27.

A database of all the individuals listed in the Home Office Criminal Registers for the whole of England and Wales (including London and Middlesex) for the years 1791–1892 is available from Ancestry. The Digital Panopticon website includes a sub-set of that database, limited to London and Middlesex cases from the "England and Wales Criminal Registers 1792-1892".

Images and transcriptions of the Home Office Criminal Registers for London and Middlesex covering the years 1791–1799 are available from London Lives. Those transcriptions have formed the basis of the "England and Wales Criminal Registers 1791-1802" records included on this website. Using both automated and manual processes, the London Lives transcriptions were re-transcribed to a tabular format that mostly replicates that of the original records. This dataset is available for download through the University of Sheffield Data Repository, figshare.