Two databases of records created by the Convict Establishment of Western Australia in the in the The Australian Colonies, 1787-1901. Records contain details of convicts both prior to and during their sentence of transportation. Our databases contain Character Book and General Register entries for all London convicts for the entire convict period of Western Australia 1850-1868. 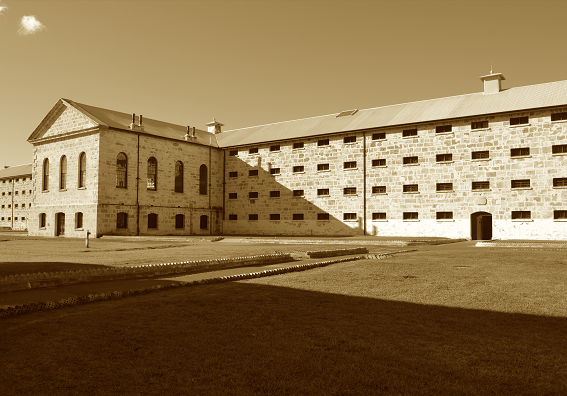 Western Australian Character Books contain a record of each convict prisoner as they entered the convict establishment at Fremantle. The books were intended to keep a record of the personal details, physical descriptions, and conviction histories of each new arrival, along with information regarding their 'character' prior to and during sentence. 'Character' was a term used to denote the behavioural and perceived moral qualities of each convict. a 'good character' might describe a convict with no previous convictions, or who had exhibited exemplary behaviour since their incarceration, likewise a 'bad character' might be given to a convict with a long history of prior offending, or who consistently contravened the rules and regulations of the Convict Establishment. The Character Books contain the name and register number of each convict, the date they arrived in the colony and the prison from which they came, as well as a convict’s age, trade, marital status, and literacy levels. The books also record details of the crime for which a convict was transported, as well as any known previous convictions.

The Western Australian General Convict Register entries fulfilled a similar function to the Character Books, but kept a much more detailed record of convicts throughout their sentences. In particular the registers recorded any regulatory infractions that resulted in additional punishments whilst convicts were in the establishment (such as refusal to work, insubordination and possession of contraband), as well as the labour convicts undertook at different locations throughout the colony after the issue of their Ticket of Leave. A "Ticket of Leave" was granted to most Western Australia (WA) convicts around half way through their sentence, giving them the right to undertake employment within an assigned district, it was a time of greater freedom for convicts, but they remained under sentence and under the observation of the Convict Establishment. Almost without exception, General Register entries continued to be updated by Establishment staff, during the Ticket of Leave period, until a convict's sentence came to an end with the issue of their Certificate of Freedom, or until they died under sentence, or were transferred to another institution (such as a hospital or asylum). In some cases, General Registers can contain information about convicts post-sentence, particularly if they died or left the colony shortly after receiving their freedom. 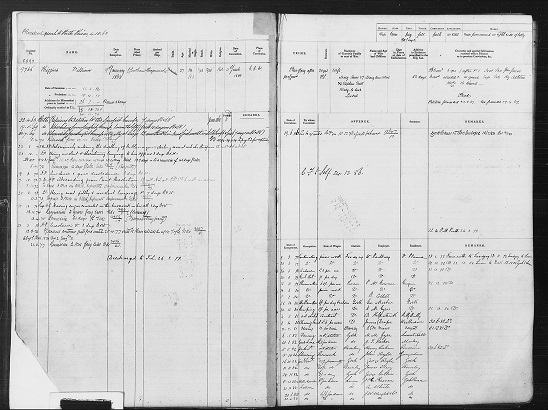 The Character Books and General Registers link together most closely. While the former provide information on a convict's origins and history, the latter provide information for years - even decades - of their time in Australia. Together, these databases are most likely to link to other records from the Western Australia convict establishment. In particular, the General Registers link closely to the Western Australia Probation Records, the latter provides a register entry for the issue of a Ticket of Leave whilst the former details activities and incidents during a convict's time both in the Establishment itself and when on Ticket of Leave. The high level of overlap between the fields recorded in all of the Western Australian records - names, convict registration numbers, ship of arrival, date of conviction, age - means identifying individuals in each record across our Western Australian collections is relatively straightforward.

The Character Books and General Registers also link to the British Transportation Registers. Those tried at the Central Criminal Court will also link to records from the Old Bailey Proceedings.

Unfortunately, neither Western Australian Character Books nor the General REgisters registers contain information about convict's personal lives, such as marriages, the birth of children, or family members joining a convict in Australia, whilst under sentence or after release. Their remit focusses exclusively on a convicts time in and progression through the Convict Establishment.

The Character Books provide a good bridge between an individual’s conviction in England, and their life in Australia. However, the information in the Character Books is limited, and tells us little of a prisoner’s life and labour under sentence. The General Registers, although providing only basic information on convicts' personal details and criminal history, provide a much more comprehensive record of a convict's life and movements in the colony. Thus, these records should ideally be used together to provide a more comprehensive history of a convict's origins in Britain, and life in Australia. The General Registers are the most detailed of the records and can allow researchers to trace the employments, pay, and whereabouts of convicts as they moved around the colony for years whilst Ticket-of-Leave holders. The Registers also provide information on destinations after the issue of a certificate of freedom which can be valuable for further research into lives after punishment.