Every weekend, many families visit sites of punishment and suffering. "Dark Tourism" refers to the “range of places, sites and institutions representing the legacy of...massacre and genocide, prisoners of war, civil and political prisons; and places of 'benevolent' internments such as leper colonies and lunatic asylums” (Logan and Reeves).

There is strong public interest in visiting institutions created in the past to judge and punish offenders and transgressors - some because visitors have sympathy for those that they believe were unfairly persecuted and subjected to punishing regimes (unmarried mothers in Magdalene homes, for example); some because they approve of the harshness of past regimes (harking back to a period when we cherished an even more punitive approach); and some just because it is somewhere different to take the children on a rainy day. The more interested visit many jail and court museums, or watch TV programmes dedicated to crime history. Some of these tourist sites have been in existence for a long time. This subject is now attracting increasing international attention both among scholars and heritage/tourism professionals. 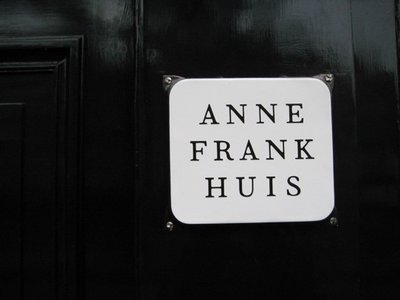 Anne Frank’s House was opened in 1960; Auschwitz in 1997; the Hiroshima Atomic Bomb Dome in 1997; Robben Island in 1999; and the Stasimuseum in 2010. Together they are a range of places, sites and institutions representing the legacy of massacre, genocide and persecution. In many ways these sites are very different, trying to illustrate different kinds of histories with narratives specific to their own distinctive history. Former Nazi concentration camps in Germany and Poland have been transformed into memorial sites, and have increasingly become tourist destinations. These have been complemented by the development of memorial sites at other European locations associated with the Holocaust.

Gaol museums, or ex-courts of law such as the National Justice Museum (formerly The Galleries of Justice, Nottingham); Kilmainham Prison in Dublin, which was closed in 1924 and re-opened as a museum in 1971; Bodmin (1916/2004); Ruthin (1976/2004); Oxford (1996/2006); York Castle (1934/2009); and Crumlin Road Belfast (1996/2010) rely on the income from the thousands of people who visit them every year. Indeed, dark tourism/tourism macabre has been the saviour of many former prison buildings, since they are popular with the public, and interest in what went on behind the prison walls has produced a valuable revenue stream.

Internationally, Port Arthur in Tasmania and Alcatraz in San Francisco have become some of the most-visited and well-known tourist attractions in Australia and the United States respectively. What these places have in common is that they have the potential to educate the public about past social conditions, and that they are also part of a commercial heritage industry. Alcatraz, for example (a former maximum-security prison where men were kept for decades in a very stark environment), advertises itself as a family-friendly experience: “Many families planning a visit to Alcatraz worry about bringing children to a former penitentiary - they often ask us if it is appropriate for them. Our answer is a definite yes! There is no reason to hesitate bringing children to the Rock.” 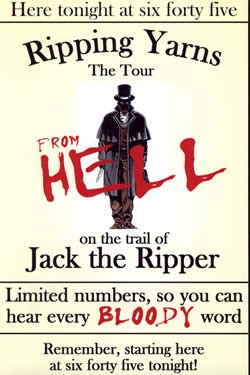 Other types of commercial activity include walks around murder sites, Jack the Ripper’s Whitechapel being particularly popular, prison escape experiences and ghost tours. There are tours of paramilitary murals in Northern Ireland. There is seemingly no end to the amount of prison, crime, murder and conflict experience that one can consume as part of a leisure experience. 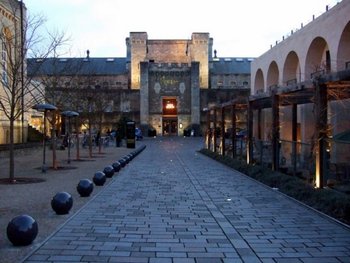 The entrance to the the Malmaison hotel, Oxford, formerly the town gaol.

The UK government seems intent on providing more prisons for us to visit, including a large number of decommissioned prisons. Reading Prison has been converted into a theatre and community arts centre. HMP Dorchester (along with Gloucester Prison, Kingston Prison, Portsmouth and Shepton Mallet Prison) have all been sold to development for housing. Shrewsbury Prison now hosts "prison break" escapades; other prisons hold ghost tours and other innovative "days-out"; and you can stay in the former gaol at Oxford courtesy of Malmaison Hotels. HMP Canterbury has recently been sold to Christchurch University and there are plans to turn the earlier Georgian and Victorian part of the estate into student accommodation, potentially with a heritage centre attached.

Dark tourism is booming, and so is academic research on the subject. However, research has almost exclusively centred on the experience of visiting physical sites, whilst the online experience of visiting Dark Tourism websites has been largely ignored. The educative purpose of some gaol museums seems to take a bit of a back-seat as they use their online presence to encourage people to visit.

For example, the London Dungeon advertises itself as “One of London’s Must-See Experiences”. The online blurb emphasises fun over education, or any moral purpose: “The Dungeon brings together an amazing cast of theatrical actors, special effects, stages, scenes and rides in a truly unique and exciting walk-through experience that you see, hear, touch, smell and feel. It’s hilarious fun and it’s sometimes a bit scary. We are a thrill-filled journey through London’s darkest history. You get 110 minutes of laughs, scares, theatre, shocks, rides, special effects, characters, jokes, mazes and storytelling.”

The Jack the Ripper Museum states that it is: “situated in a historic Victorian house in the heart of Whitechapel, tell[ing] the full story of the Jack the Ripper murders. Step back in time to the London of 1888, the greatest city in the world, where the greatest unsolved crimes of all time took place. As you explore the museum, you will discover everything there is to know about the lives of the victims, the main suspects in the murders, the police investigation and the daily life of those living in the east end of London in 1888. Once you have all the clues, will you be able to solve the mystery of Jack the Ripper?”

By contrast, the website for the National Justice Museum in Nottingham reveals a more educative purpose, although there is clearly still a tension between providing accurate and realistic portrayals of imprisonment and attracting enough people through the door: “At the National Justice Museum we inspire people of all ages to become active citizens. We do this through fun and engaging activities, exhibitions and educational programmes relating to law and justice.” 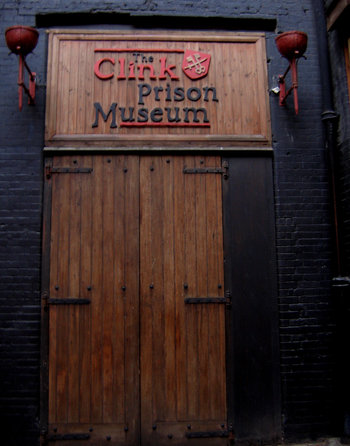 The same tension can be seen in the website for The Clink Prison Museum in London: “Spanning over 600 years, it witnessed a remarkable amount of social and political change in England, and thus housed a multitude of sinners throughout its existence, including debtors, heretics, drunkards, harlots, and later religious adversaries. Positioned in the heart of modern day Southwark, the prison was situated in an area that has long been associated with more raucous, vivacious and unruly behaviour; it was the louder, ruder and wickeder neighbour to The City, and a place where Londoners sought entertainment. Visitors will learn all about this scandalous truth of Old Bankside through a hands-on educational experience, with the opportunity to view archaeological artefacts, handle torture devices, and to view and hear all about the tales of torment and many misfortunes of the inmates of the infamous Clink Prison.”

Academic Websites and the Ethics of Digital Dark Tourism

Not all crime researchers visit gaol museums (though very many do) or look at the websites that advertise them, but they will spend considerable amounts of time consulting more academic websites such as the Leiden Crime and Gender Project; the Australian-based Prosecution Project; the Quetelet Database; or the Old Bailey Online. These websites provide enough data to launch hundreds of enquiries. They also allow students, researchers, and members of the public to explore virtually data on crime and punishment, including executions, imprisonment and transportation, safely removed from any physical reminders of the suffering involved.

There are significant ethical concerns raised by Digital Dark Tourism which are as pertinent to online tourism as they are to gaol museums and former penal colonies. In particular, there are issues around accessibility, uncalled-for knowledge, and the potential for prurience, which we explore elsewhere in our Ethics and Digital History research theme.